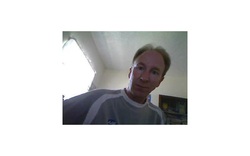 We have been discussing prayer in a very dynamic way in our leading up to 2020, as we are focusing on the vision for the future of the church, and our personal lives. Here are some thoughts I shared with the Shepherd Neighborhood Leaders in our vision meeting the other day. For I am challenging us all to go to the next level in our ministry and spiritual life. That being the case, focusing on an apostolic prayer style in our ministry is of the utmost importance. I am not saying it is not prevalent, but is it consistent and is it allowed to flourish in our midst?

Here are those keys I mentioned concerning apostolic prayer in the church.

Pastor's Note: I want to clarify that I believe there is a strong place for cerebral or silent prayer. It's necessary in our daily life, and in our spiritual balance and perspective. For there have been many times I have quieted down a service in corporate prayer by the leading of His Holy Spirit. Recognising, the Lord's change of pace if you will in a gathering with God's people. In any case, don't fall into a rut or a comfort zone in your private or corporate prayer life. Be alert and attentive to the presence of God and the Lord's direction in your prayer life.